An estimated than one in every five people are victims of some kind of animal bite and also a small proportion are bitten by another person. Dogs account for almost 90% of all reported animal-bite injuries worldwide. The reason for high incidence of reported dog bites around the world is mainly because a lot of people keep dogs as their pets which increase their risks of acquiring dog bites. 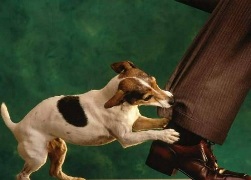 First Aid Renewal tips on how to handle animal bite

Human bites, although not as widely prevalent as animal bite bites can prove to be very hazardous if left untreated. The human mouth is considered the most unsanitary part of the human body since it contains a wide range of bacteria. Any bite from a person can significantly increase his/her risk of acquiring infection if not properly treated.

Rabies is an extremely fatal condition caused by a virus found in warm-blooded animals that spreads from one animal to another via its saliva usually through a bite, scratch of the teeth against the skin.

An animal should be considered high risk of harboring the rabies virus if:

It is very important to immediately report to the local animal control center animals suspected of rabies; they should be notified and the reported animal should be promptly captured for observation. If the victim was bitten by a healthy domestic dog, the animal should be confined and observed for the next ten days for any signs of illness. Find for some First Aid and CPR Renewal locations nearest to your location and get enrolled soon.

More than 60 identified plants are known to cause severe allergic reactions, but poison ivy, poison sumac and poison oak are by far the most common cause of plant poisoning reported in regions where these plants are endemically thriving.

An allergic reaction usually occurs within the timeframe of 24-72 hours after initial contact with the poisonous plant. The signs of plant poisoning include the following:

To care for plant poisoning:

Do not forget to learn more about CPR renewals from us and get certified once again.

Let us know if you liked the post. That’s the only way we can improve.
Tweet
‹ Previous Next ›

The information posted on this page is for educational purposes only.
If you need medical advice or help with a diagnosis contact a medical professional